* In case of any delay in receiving the OTP, you may verify it later. Please proceed without verification.

Enter your City name or Pincode

Jhargram is beautiful town of West Bengal. Also known as Aranya Sundari due to its abundant natural beauty, this small town is nestled between the Belpahari & Kankrajhor Hills and the gushing Subarnarekha River. The region is known for ancient religious temples, majestic historic palaces, tribal culture with a bounty of natural wonders like sal & mahul forests, wild elephants,spotted deer and rexotic birds. The Jhargram forests are a protected area and is the main attraction for nature lovers and wildlife enthusiasts. Rapidly developing into a modern and well-maintained city, Jhargram is the perfect getaway to have some rejuvenating time and enjoy the wonders of natures. To help you plan your trip to Jhargram, given below is all the relevant information about the city which will make your trip a memorable one. 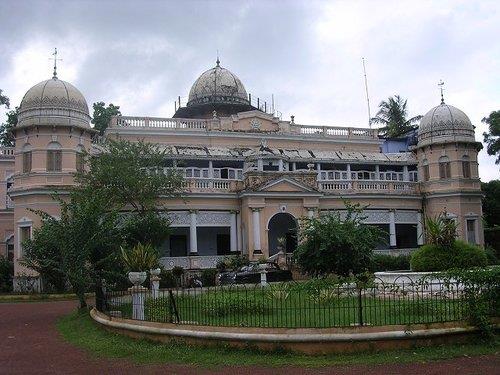 Located at a latitude & longitude of 22.45°N 86.98°E , the region has an uneven terrain, with forests, rivers and hills dotting the area. The average elevation of the town is 81 metres with Gopiballavpur area having lowest altitude of nearly 65 meters and Kankrajhore having the highest altitude of about 300 m . The main rivers draining this region are Kangsabati or Kasai), Tarafeni, Subarnarekha and Dulung and they flow from high altitude western area to the low altitude eastern slopes.

The weather of Jhargram is very hot & humid with temperatures going up to 46°C high during summers. Winters are quiet cold with minimum temp to about 4°C in the months of December & January. Rainy season starts from middle of June and lasts till September, with the average annual rainfall being 1400 mm, the rain bestows natural beauty to the place making more greener and scenic.

Jhargram in West Bengal has a rich history to narrate. As per the historians, in 1574 tribals like Santhals, Mallas, Bhumij & Lodhas lived here under the rule of Malla Raja. Raja Sarveshwar Singh an officer of Raja Man Singh on the instructions of Mughal Emperor Akbar came to conquer the region; he defeated Malla Raja and established his kingdom with its capital at Jhargram. He adopted the surname Malla Deb and thus founded the Jhargram Royal Family (Raj Family) of the Rajput Clan. Till date on Vijaya Dasami (Dusherra) an idol of Malla Raja is burnt to commemorate the victory. The kingdom was surrounded on all sides by walls and canals which in local language are called Ugal and the person who performed like a hero or bull within the Ugal was known as Ugal Sanda. Till now one many places and markets are called as Ugal Sandas

During the rule of Britishers, Jhargram Raj family participated in the Chuar Mutiny to protect their state; but they could not retain it and had to surrender their kingdom. On gaining independence Jhargram became part of the West Bengal State. Raja Narasingha Malla Ugal Sanda Deb is presently recognised as the custodian of Raj family and looking after the ancestral property. The town is governed by the Jhargram municipal corporation in coordination with the state government.

The economy of Jhargram revolves around cultivation & business; though a large number of people are working as Employees in Government or Private Organisations, School Teachers, etc. It is considered as an important tourist destination and the tourists coming to region bring in revenue opportunities to the city. Nearly 2,296.05 Sq.Km. of land in Jhargram is cultivated with Rice being the major crop grown here, besides Rice the other crops grown in the vast alluvial plains are legumes, wheat, corn, etc. The wood from dense forests comprising of Sal, Pial, Shagun and Mahua trees is also utilised for commercial purposes. Nowadays the Government is making efforts for increasing the horticulture agriculture by promoting growth of Vegetables, Fruits, Flowers, Spices, Medicinal and Aromatic Plants to boost the economy.

Jhargram has been a tribal dominated area where tribes like Santals, Bhumijs, Lodhas, Mundas and Sabars resided. Thus the area has a rich culture based on tribal lifestyle, their rituals, art, songs & dance. Some of the unique tribal folk-dances of the area include Tusu & Bhadu, Bhuang, Dangrey, Chang, Chhou, Jhumur, etc. which are performed with great joy and vigour. All major festivals are celebrated here especially those related to Bengali & Tribal Culture like Saraswati Puja, Durga Puja, Diwali , Sitala Puja, Jagaddhatri, Holi, Janmastami, Bheema Puja and Kali Puja. Many Fairs like Jhargram Mela, Shrabani Mela, Yuva Utsav, Rong Maati Manush, etc. are organised here from time to time and hundreds of people participate in it.

Jhargram town famous for its dense green forests comprising of Sal, Teak, Mahua & Peasal trees which form a canopy over the region, has a number of other tourist attraction adding to the overlal charm of this lovely place. Some of the main places of tourist interest in Jhargram are: 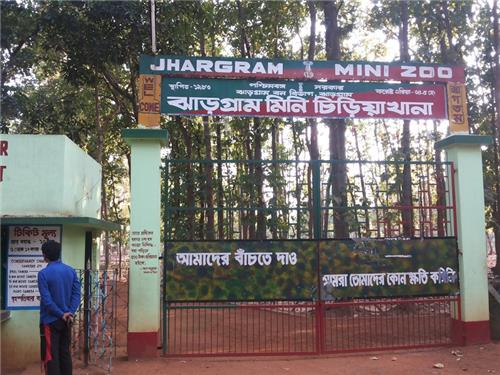 Jhargram Mini Zoo
Jhargram Raj Palace : It is a historical palace in Jhargram, which was constructed in 1931 AD, during the rule of Raja Narasingha Malla Deb Bahadur as a residence for the royal family. Designed by the Calcutta Improvement Trust with a mix of Italian & Islamic architecture the palace is exquisitely built, having large gardens and huge majestic rooms. Serving as the abode of the Malla Deb Royal family, today nearly 20-25 rooms are being run as a Heritage Hotel where tourists can come and stay and have a glimpse of the royal lifestyle.

Deer Park : A popular attraction especially with children, the Deer Park is located at a distance of just 4 kms from Jhargram. Initially a forest it has been converted into a small zoo, having deer, different species of other wild animals & birds. The place is a nature’s paradise with a dense cover of Sal Trees surrounding it from all sides. Hundreds of people come here for morning walk every day. One can visit the Zoo by paying a nominal fee of Rs. 10 for adults and Rs. 5 for the children; if you wish to hire a camera it is also available at some extra charge.

Kanak Durga Temple : Located on the southern side at a distance of 11 Kms from Jhargram Town is the Kanak Durga Temple. A serene & religious place it has a Golden Durga Pratima, surrounded by trees of different varieties. The gushing Dulung River flows between the Kanak Durga Temple and Chilkigarh Raj Palace adds to the beauty of this place. Due to large variety of trees it also attracs research scholars from far and wide.

Ghagra, Belpahari & Salboni : Situated at a distance of just 50 & 10 kms from Jhargram, these are 2 natural retreats having small hills, plain land, ponds & rivers, where tourists come to relax. Salboni which derives its name from the abundant Sal Trees present here also has a Jungle Mahal, which is famous for its beautiful Rose Garden.

Other places of Tourist Attractions include Amlasole famous for its Sall Trees and Rocky Terrain and Hatibari, which is 40 kms from Jhargram situated on the banks of River Subarnarekha

A number of decent hotels and guest houses are present in Jhargram city which provide accommodation facilities to people and tourists coming from outside. Equipped with all the basic facilities like housekeeping service, wi-fi connectivity and clean rooms these hotels are economical and offer complete value for money.

The town of Jhargram has the basic healthcare facilities for providing timely medical help and ensuring the well-being of the residents. The main hospital here is the Jhargram District Hospital; which fulfils the healthcare requirement of the general public. Many small & big private hospitals and nursing homes are also present providing specialised treatments.

Public Utility Services are a lifeline of any city and Jhargram is no exception, many banks, post offices, courier agencies are operating in the city for the convenience of the public. The district administration provides all basic services like electricity, sanitation, transportation, telecommunication, healthcare, safety, drinking water, etc. so that the residents of the city lead secure and comfortable life. 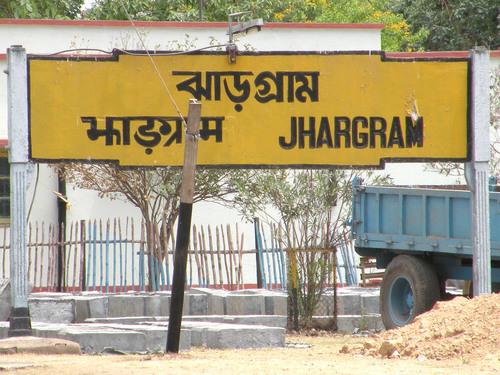 If one is planning to travel by air, the nearest airport to Jhargram is Netaji Subhash Chandra Bose International Airport at Kolkata which is about 160 kms away. Other nearby airports are Sonari Airport, Jamshedpur at a distance 96 km and Birsa Munda Airport, Ranchi at a distance of 250 kms. Jhargram Railway Station lies on the Kharagpur- Jamshedpur section of Howrah -Nagpur-Mumbai Line; it falls under the South Eastern Railway Zone of Indian Railways. The city is directly connected to cities like Kolkata, Ranchi, Kharagpur, Tatanagar, Dhanbad, Rourkela, Jharsuguda, Bhubaneswar, Cuttack, Puri, Delhi, Mumbai, etc. Jhargram is also very well connected by roads/highways like NH 6, 5 & 33 to other nearby towns & villages as well as to major cities like Kolkata & Jamshedpur. Bus, Taxi, Minibus, Auto-Rikshaws, Cycle-rickshaws are the easily available local means of transportation to travel within and around the city.

Jhargram at a glance

Comments / Discussion Board - About Jhargram